James is currently appearing in "Harry Potter and the Cursed Child" by J.K. Rowling, Jack Thorne and John Tiffany at the Palace Theatre London. The production is directed by John Tiffany and had its world premiere on July 30th 2016.  James is playing Draco Malfoy.

James appeared in "Brave New World" at the Northampton Theatre Royal in September 2015 and on tour around the UK with Touring Consortium Theatre Company.  He played Thomas the Director and the production was directed by James Dacre.  Touring venues included Oxford, Edinburgh, Cheltenham and Nottingham.

Autumn proved to be an awfully big adventure... I had the great privilege of playing the role of Siegfried Sassoon in "Not About Heroes" - a terrific two-hander by Stephen MacDonald about the friendship between Sassoon and Wilfred Owen during their time at Craiglockhart Hospital in World War One.

The tour was produced by Blackeyed Theatre and covered practically every part of the country - 45 venues in 13 weeks!  You can see full details about the production at www.blackeyedtheatre.co.uk including photographs and reviews, and there are also some photos on my gallery.

It's been a busy January, and I'm really excited to have been working on a number of TV and Film projects.  Towards the end of 2013, I was thrilled to work on the British feature film "The Theory of Everything", starring Eddie Redmayne and Felicity Jones.

I've also been recording scenes for two episodes of "Hollyoaks' on Channel 4, due for broadcast in February.

I'm delighted to be returning to Ambridge this month to make my fifth appearance in 'The Archers' - the first time I've had a proper name and a potential love interest with one of the regular characters.... Tune in over the next few weeks to hear more!

The new series of Charlie Brooker's 'Black Mirror' is currently being shown on Channel Four, and I will be making a brief appearance in the last episode, The Waldo Moment, due to be shown on February 25th at 10.00pm. It might be a brief appearance but I'm really excited to have had the chance to work on such a great series - brilliant, thought-provoking TV!

It's been a busy Autumn so far, with a lovely day of filming on the new series of 'Black Mirror' by Charlie Brooker. The first series was broadcast on Channel Four earlier this year, and the second series will be shown at the begining of next year.

I've also just finished filming a hard-hitting storyline for BBC1's 'Doctors' - I can't say too much about it, but it will have dramatic consequences for one of the regular characters.... Intrigued?!

I've also been busy busy busy with voice overs, and an exciting new venture which I hope to have more news about soon...

James has just finished filming three stories for the new series of Dark Matters for the Discovery Channel.

Huge thanks to Ear Productions for casting me in their latest corporate video for Adidas! See my Facebook page for pics! 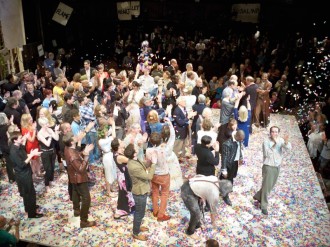 The RSC Long Ensemble began life in January 2009, and the first production we rehearsed was 'As You Like It', directed by Michael Boyd.  It proved to be one of the most successful shows, and it was fitting that it was our last performance, in the New York Park Avenue Armory in August 2011. A long two and half years, but some very happy times, and great memories!

James is an Actor and Voiceover Artist. 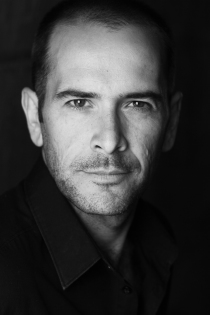 Look through my photo gallery!